How to Get an Open NAT on your XBOX

Many people suffer from latency related problems and nuisances when gaming. If you are reading this then you've likely seen the imfamous NAT type: Strict or even NAT type: Moderate XBOX error. This can be a source of frustration for the masses. However, I am here to tell you that there is a way to fix your NAT type in your XBOX.

What is your XBOX NAT Type?

Your XBOX live performance depends on your XBOX having an open NAT. There are three types of NAT statusses that you may have on your Xbox 360.

This is the best case scenario. If your Xbox's NAT type is Open then you should have no problem joining games or lobbies and you might even notice a decrease in lag.

You may have noticed that your NAT type was Moderate when playing COD or another game on xbox live. A moderate NAT, while not being as bad as having a Strict NAT, will definitely cause problems that affect your online game play. If you have a Moderate NAT, you will want to change to an Open NAT. This page will tell you how to do it.

This is the worst case scenario. Having a Strict NAT is a major source of frustration for gamers as it prevents you from fully utilizing Xbox live. Sometimes having a strict NAT will prevent you from being able to join games. Read on to learn how to solve this problem.

Let's have a look at your Xbox's NAT status. The first step is to test your Xbox live connection on your Xbox. That is how we will determine your xbox's NAT Type.

Step 1:
Turn on your Xbox 360. You should be viewing your xbox360 dashboard home screen. 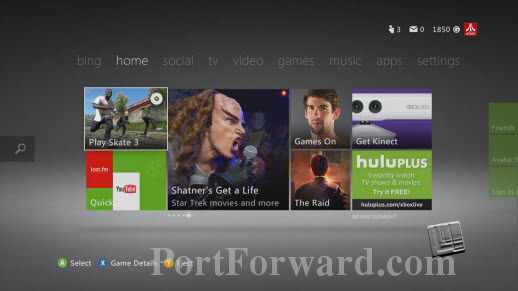 Step 2:
Use the right bumper on your controller to scroll over to the Settigns category heading. Make sure that your cursor is highliting System, then push the A button. 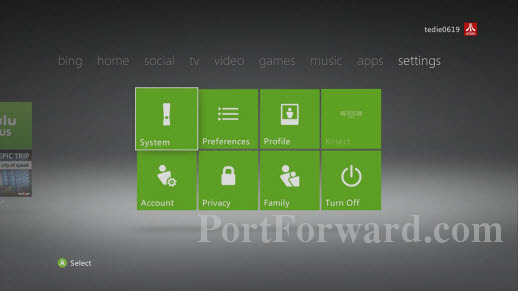 Step 3:
Highlight Network Settings from the list, then push the A button. 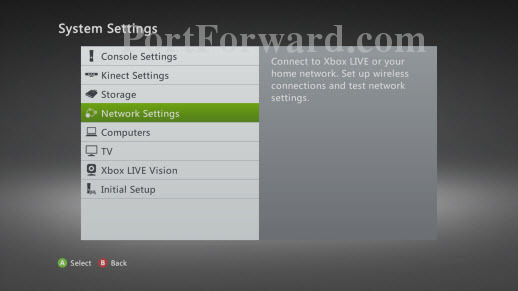 Step 4:
Highlight the Test Xbox LIVE Connection option on this page, and then push the A button. 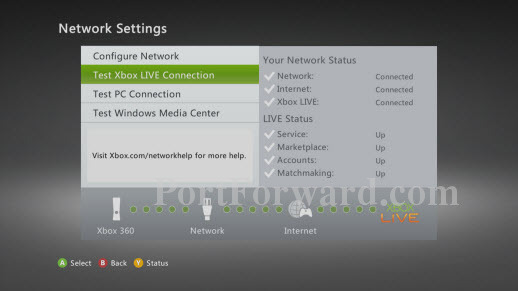 Stop right there!!!
If you saw the message below then your Xbox 360 NAT is not open.

The Exclamation point error icon in between your.... indicates that you have a NAT problem.

Change from NAT type: Strict to NAT type: Open on your XBOX

If your NAT type is strict or even moderate then you will want to take the necessary steps to open your NAT. Opening your NAT will make your XBOX Live experience much more enjoyable. There are two distinct steps to getting an Open NAT in your xbox.

Setup a Static IP Address in your Xbox

In order to get an Open NAT in your Xbox you must port forward for Xbox live. The first step of port forwarding for xbox live is to setup a static IP address for your Xbox.

Test to Verify that your Xbox NAT type is Open

How to eliminate lag in Apex Legends

If you are experiencing lag or difficulty connecting to your friends in Apex legends then you should consider opening up a port in your router.

How to Open a Port in Your Router for The Cycle: Frontier

You can help improve your online connections and overall experience in The Cycle: Frontier by forwarding some ports in your router.

How To Open Ports in Your Router for Warframe

Warframe is much more fun with friends. Forwarding some ports can make it easier for you to play with them.

Creating a Port Forward in Your Router for Pac-Man 99

Forwarding some ports can help improve your connections and give you the edge you need to be the last one standing in Pac-Man 99.

Create a Port Forward for BlazBlue: Central Fiction in your Router

You can help improve your online multiplayer connections in BlazBlue: Central Fiction by forwarding some ports.

Forwarding Ports for Ninjala on Your Router.

Make it easier to connect with others and help improve your online connections in Ninjala by forwarding some ports.

Creating a Port Forward in Your Router for AO Tennis 2

Make it easier to connect with more players and help improve online connections in AO Tennis 2 by forwarding some ports.

How to Port Forward Destiny 2

Welcome Guardian. When Destiny 2 arrives you want to be the first with a forwarded port in the Crucible.